What does humanity want for itself?

Both-And is a series of 5 books that came out 2005-2009.  They are about our past, present and future, all of them written as a dialogue between retired tv-producer Cornelius Magnussen and lifestyle journalist Tenna E. Rasmussen. Their conversation lasts five days, each day with a theme of its own:

As a species we are at a cross-roads where new technologies are radically changing the economy, communication, social fabrics, cultures, ecosystems, our everyday life and much more.

We cannot stop the development of new technologies (well, we could but it would be a really bad idea), but we can set up much better legal and economic, global structures and develop a much higher level of awareness about which technologies to pursue and how. We have to make some hard choices but we also have possibilities that no generation ever had before.

Within a generation or two, we could create a world where nobody needed to work more than 20 hours a week, where all kids could get free education, and where we are not screwing up neither the ecosystems nor the climate. We will never create a perfect world but we have it within our reach to create a world of opportunities for everybody and a much more fun and meaningful world for all of us. A world in which people, planet and cultures thrive.

Predicting the future
My work on Both-And began in 1999 when I vaguely sensed that there were some major changes ahead of us. Writing the books then became a full-time job from 2001 when first the Bush administration and later 9/11 confirmed my intuitions about new agendas.

Text: God is Great and Niels Bohr is His Prophet – pdf

The more I looked into the patterns of history and cultural evolution, the more convinced I got that we were about to see first the economy collapse and then a number of the fundamental structures keeping together our societies not being up to the job anymore.

The anomaly in 2000-2010 was alienation, poverty and being a loser, so that was what we assumed would be mainstream 2010-2020.
Depression, in other words?
A number of economic crashes. Partly due to the fact that the current attempts at control have turned out to be one big illusion. We’re heading for turbulent times. Everybody has been digging in behind tight defensive lines and, once they’re breached, there’s a risk that the whole caboodle comes crashing down. Wall Street-thinking has not brought people together but has turned everybody against each other, and meanwhile, the gap between the richest and the poorest has only widened.

Writing this in 2007, while the economy was booming, went against every gut-feeling I had and was almost physically painful; so strong is the human need for being in tune with one’s surroundings. None the less, it was the only logical consequence of my analyses.

The future in general
Unless we fix the global economy and develop a model where everybody has realistic opportunities, we are in for much greater challenges, though.

As a species, we are on the threshold of turning into two different branches of humans, not just culturally but, eventually, biologically as well:

The first group is small; people have good education and access to health insurance, genetic improvements and the benefits of new technologies. Their skills are in demand globally, and it will be they – or a small group of them – who will own close to everything.

The second group, perhaps 98 per cent of us, will be pushed around, will have no access to health insurance, their children will get dreadful schooling, and in general, they will be deprived of many of their current rights and freedoms.

Over time, 8-10 generations will do if social mobility between the two groups becomes increasingly harder, the physical differences will be visible: The haves will be tall, slender, intelligent, and beautiful; the have-nots will be… different.

The question for all of us, therefore, is: Do we want to continue as one human species with human rights that apply to everybody? Or do we want to accept that technological and economic development is dividing us up into, not just winners and losers, but “Übermenschen and Untermenschen” (i.e. superior and inferior human beings), and that we are stripping our fellow man of his dignity and opportunities?

It’s all about knowledge and choice
We have to choose, in other words. Choose between doing nothing or making the right political decisions. Those choices and decisions are what Both-And is about, and it is in order to promote an informed debate about these matters that I have written my books.

What does and does not work?
The “Occupy” movement and the so-called “99%” never came up with any solutions or even suggestions. Camping, playing drums and expressing what one does not want simply doesn’t cut it. One has to be able to express what one does want too and, preferably, come up with some alternatives. Just complaining won’t solve any problems or get us anywhere.

In the fifth and final book of Both-And, I have come up with some alternative solutions to the exact same problems that everybody seems to be protesting against.

Meta-modernism
Since I wrote Both-And, Timotheus Vermeulen and Robin van den Akker, two Dutch cultural theorists, have coined the term meta-modernism; a philosophy and a movement emerging after postmodernism.

Where postmodernism deconstructed and only had irony and cynicism to offer, metamodernism insists on the need for cohesion, meaning, grand narratives and sincerity. – Read more about Vermeulen and van den Akker’s metamodernism at metamodernism.com. 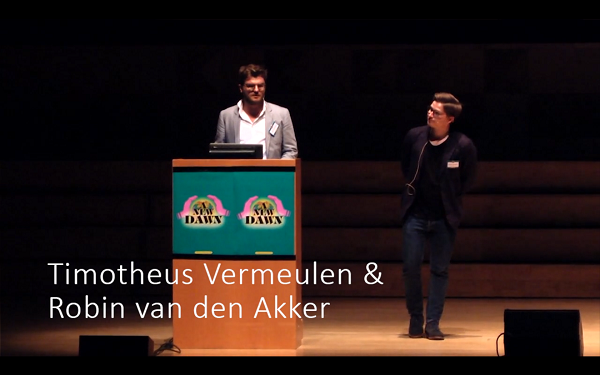 In other words: Baade-Og is a metamodernist series of books struggling to find and create the meaning that we have been missing for too long and trying to show that there are many purposes out there that are just waiting for us to take them seriously.

We are the universe, which has come to acknowledge its own existence. What kind of world and what kind of future would you prefer for yourself and for your children?

I have since written, among other things, the book Metamodernity: Meaning and Hope in a Complex World (2019) and based on that, an article: Metamodernity (2020).